This Instant Pot Berry Crisp is the perfect end of summer healthy dessert.  Gluten free, dairy free, and refined sugar free, you can even eat this Mixed Berry Crisp for breakfast and feel totally ok about it!  Want a blueberry crisp?  Just use all blueberries! No Instant Pot?  This Vegan Berry Crumble can be made in the oven, too!  It’s super versatile and super delicious. This post contains affiliate links for products I’m obsessed with. 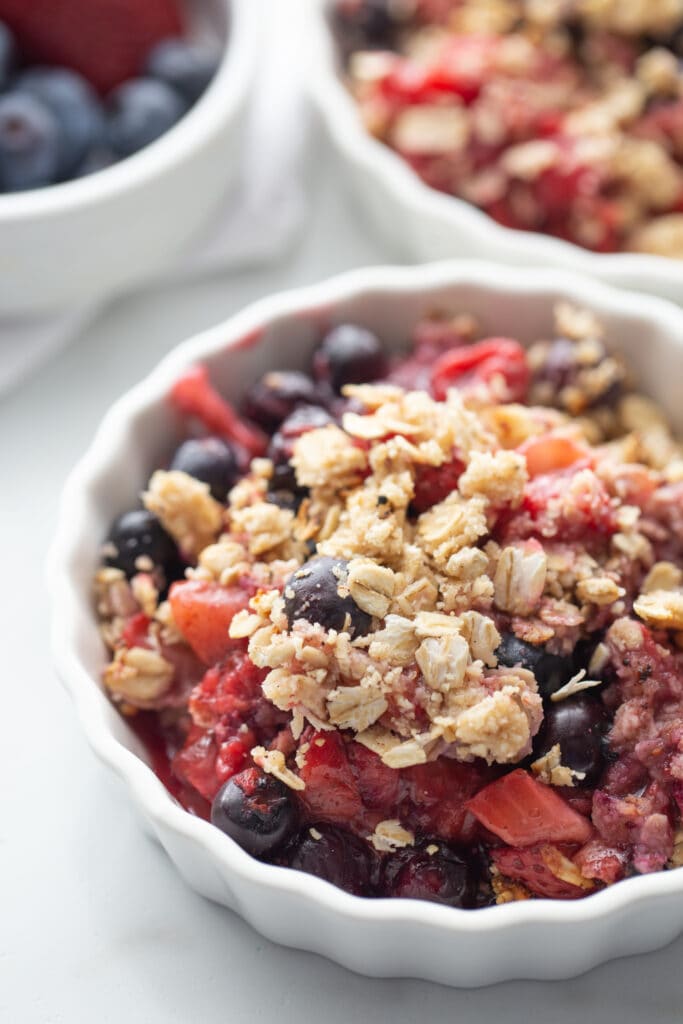 We are big fans of fruit crisps here, in case you didn’t notice.

In fact, Berry Crisp is the FIFTH fruit crisp to appear on Confessions.  And my daughter said it was her favorite of them all! Curious to try them all yourself?  My ode to crisp recipes include:

Quite the delicious little list there.  Now on to this Instant Pot Berry Crisp! 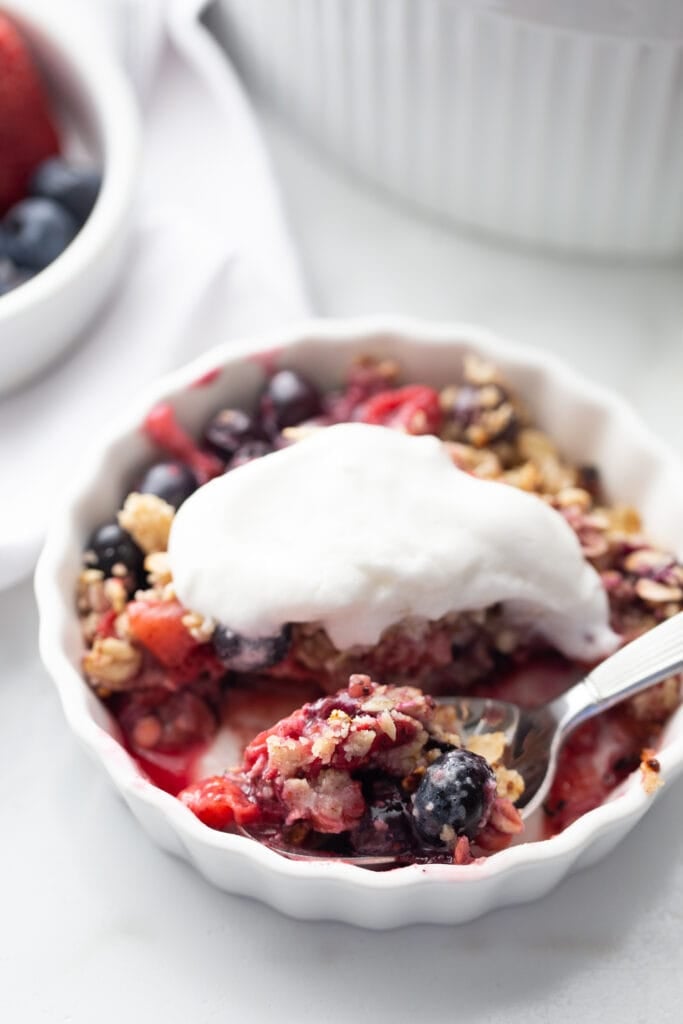 What is the difference between a Berry Crisp and a Berry Crumble?

While I was researching search terms for this post (one of the many blogger tasks I never knew I would be doing), I saw a lot of berry crisp and berry crumble recipes.  And this inquiring mind needed to know – what is the actual difference here?  Apparently not much, but from what I found, a crumble has more of a streusel topping that doesn’t get crispy – it stays more cakey.   But a crisp, hence the name, typically includes a oat topping that will crisp up during baking.

And there you have it. 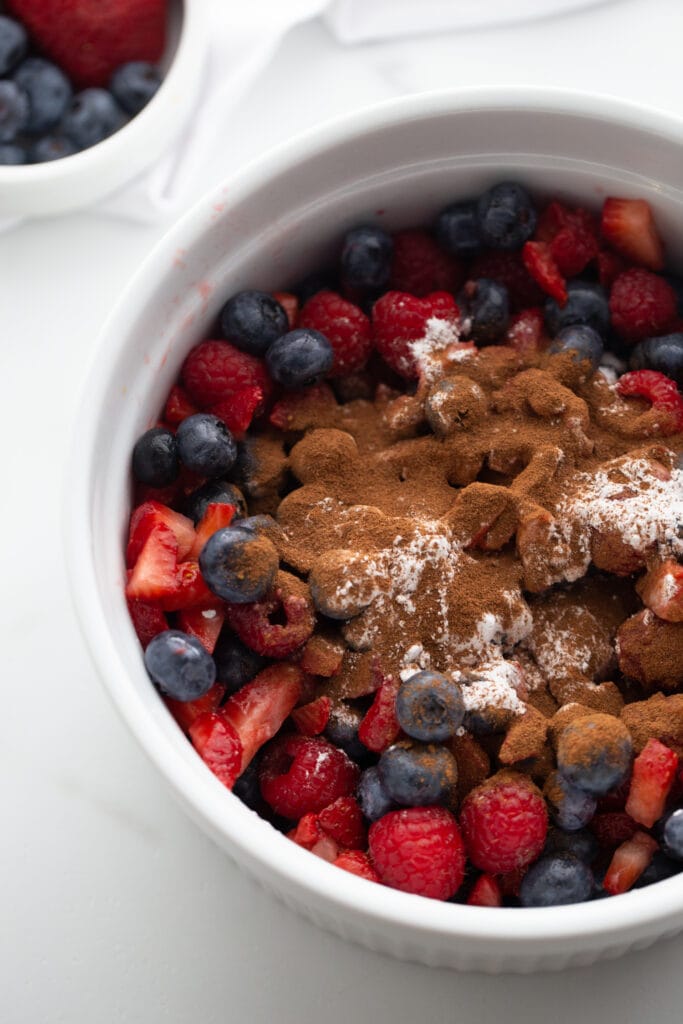 Since we are using oats and aiming for a crispy topping, this is, indeed, a berry crisp recipe!  Here are all the ingredients: 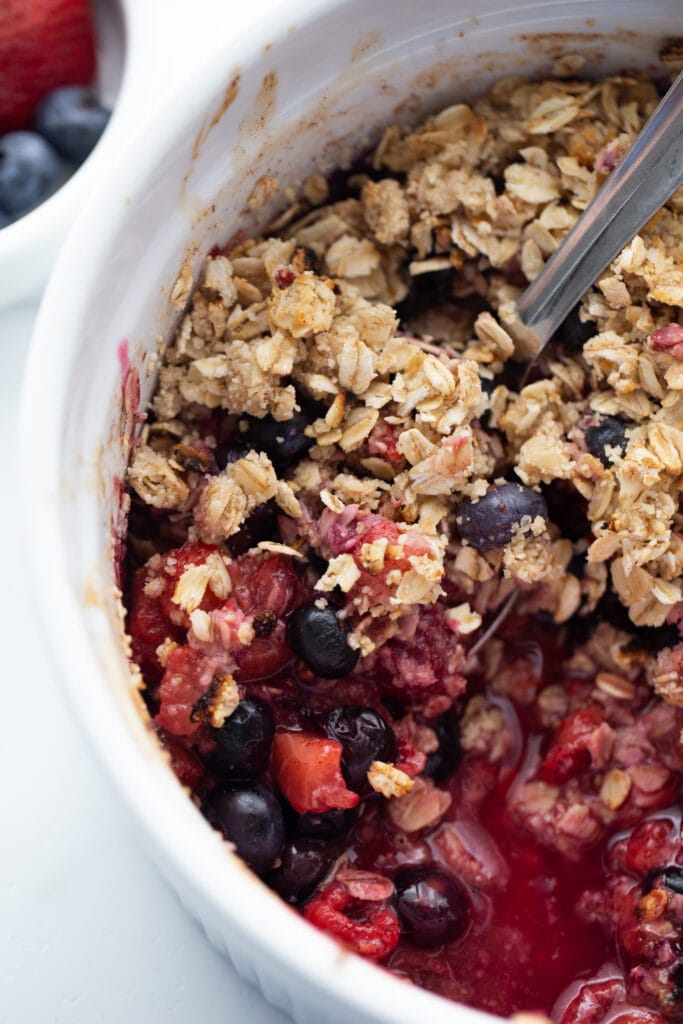 I have a ton of Blueberries.  Can I make this a Blueberry Crisp? 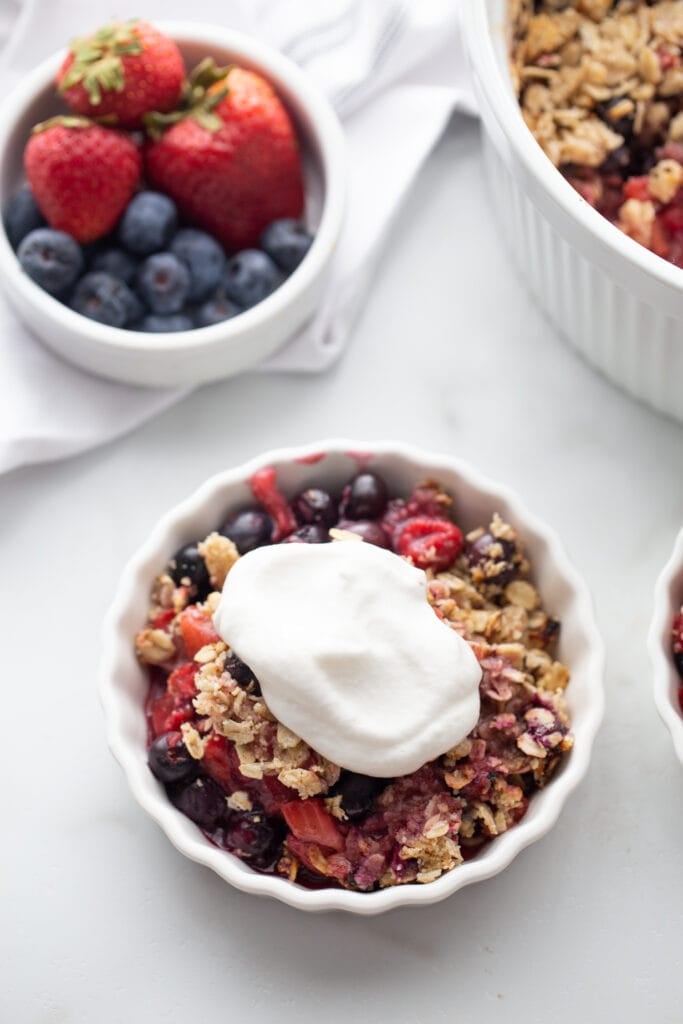 Will my Instant Pot Berry Crisp be crispy?

If you just cook this Mixed berry Crisp in your Instant Pot, it will not have a crispy top…it will be more like a berry crumble (see above, lol).  But there are two things you can do to fix this!

Want to learn more about the amazing Mealthy CrispLid and how it turns your pressure cooker into an Instant Pot?  Check out my CrispLid review! 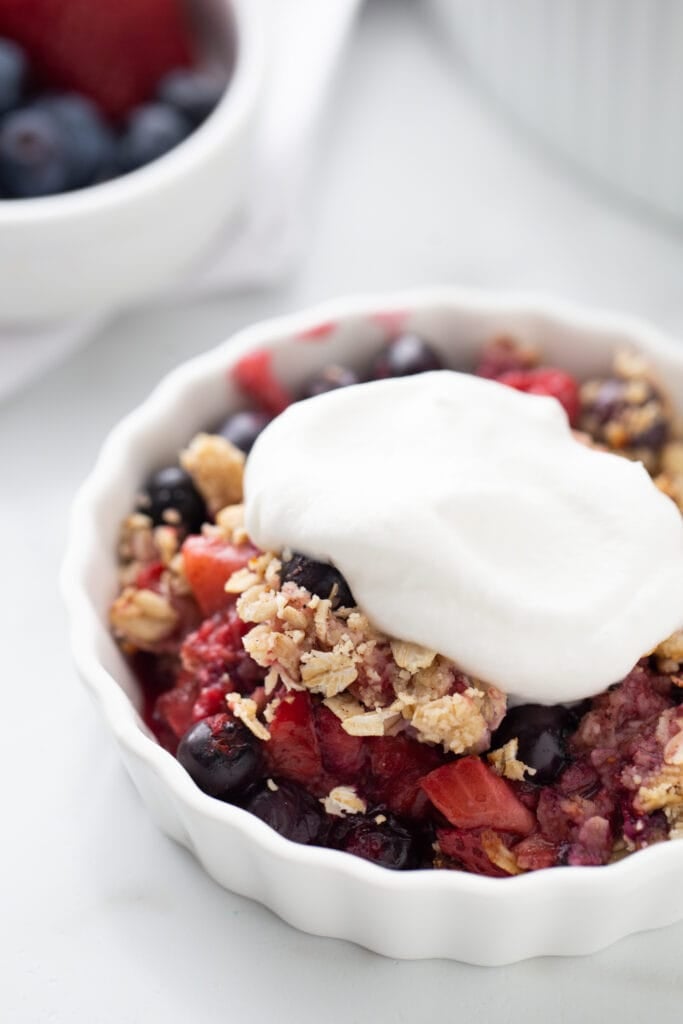 How to Make Coconut Cream

We often eat this crisp alone, but if you want to make it extra special, you can top with coconut cream.  And it’s super easy to make your own dairy-free coconut cream!

Just start with a can of coconut milk and refrigerate it overnight. Then carefully scoop out the chilled cream into large bowl. Using hand mixer or stand mixer with whisk attachment, whip cream until light and fluffy for about 5 minutes.  If you want a sweeter cream, add a few drops of stevia while whipping.  For a pumpkin version of this cream, see this recipe!

Or, if you are lucky enough to have this So Delicious Coco Whip at a store near you, you can totally just use this!  The ingredients are SUPER clean and it’s so freaking delicious (Omg, I swear no pun) and even my kids love it.  It’s only 30 calories for 2 whole tablespoons of cream and made with organic coconut oil. 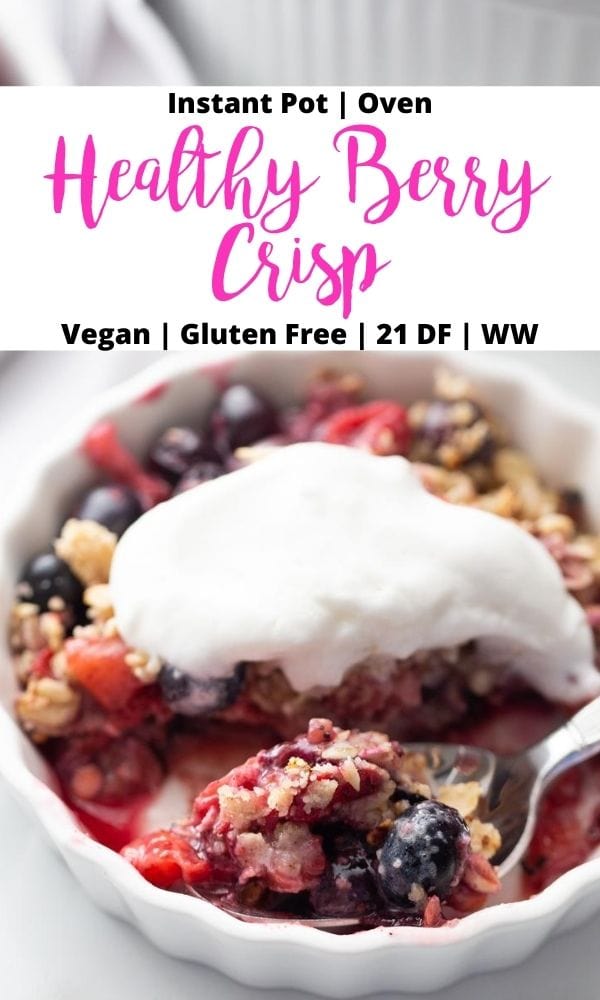 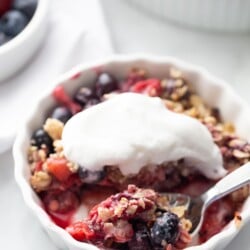 Author: Nancylynn
This Instant Pot Berry Crisp is the perfect end of summer healthy dessert.  Gluten free, dairy free, and refined sugar free, you can even eat this Mixed Berry Crisp for breakfast and feel totally ok about it!  Want a blueberry crisp?  Just use all blueberries! No Instant Pot?  This Vegan Berry Crumble can be made in the oven, too!  It's super versatile and super delicious.
5 from 2 votes
Servings : 6 servings
Print Recipe Pin Recipe
Prep Time 10 mins
Cook Time 4 mins
Total Time 14 mins